SB 262 allows people who purchase gas for highway use to request a refund of the Missouri motor fuel tax increase paid annually.

The Department of Revenue said people must submit refund claims on or after July 1, but no later than Sept. 30 following the fiscal year the person paid the tax.

“Gas tax is a pretty deal for you all; keep your receipts,” Evans said. “Write on there the vehicle you are driving, that’s all you have to do, and then you report the total at the end of the year.”

According to Evans, the gas tax will help Missouri since Missouri’s gas tax was the second-lowest in the nation, even though the state has the seventh-largest highway system in the country.

The increased motor fuel tax refund will be limited to the tax paid on motor fuel used in vehicles defined in Section 301.010 of the Revised Statutes of Missouri, which requires motor vehicles to have a gross weight of 26,000 pounds or less.

A claim must be filed by the customers who purchased the fuel. The customer must maintain records of each purchase and make them available for inspection by the Department of Revenue for three years.

The department will allow taxpayers to keep fuel account printouts in place of original receipts they received at a gas station.

The Department of Revenue said it’s aware that many fuel receipts don’t reflect the state’s fuel tax paid per gallon as a separate item; however, the tax is included in the price per gallon.

To calculate the amount of motor fuel tax a customer paid, they will need to identify the applicable motor fuel tax rate based on the date they purchased the gas.

For example, the department said a taxpayer who purchases 15.365 gallons of gasoline on Oct. 25 for off-road use would have a motor fuel tax rate of 19.5 cents per gallon for the time period.

According to the department, the taxpayer will need to multiply 15.265 by 19.5 to calculate the amount they paid in motor fuel tax, which would be $2.98.

The taxpayer can then request a refund of that amount by using the Department of Revenue’s refund claims form available online at dor.mo.gov/forms/4923.pdf.

Section 142.848 of the Revised Statutes of Missouri state that the sum of money sent by an eligible purchaser of tax due to the supplier is paid based on 97 percent for gasoline products and 98 percent for diesel products.

The Department of Revenue is now developing an online system where customers can electronically file a claim and receive an approved refund.

Missouri’s motor fuel tax rate will increase by 2.5 cents per gallon annually on July 1 until it reaches 29.5 cents in July 2025.

How a pair of Hollywood stars powered a Welsh soccer team 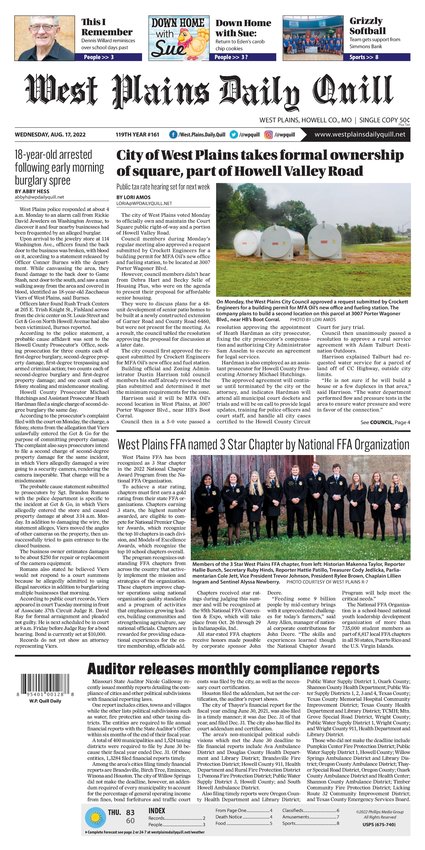