Märzenbier: A centerpiece of Oktoberfest

Oktoberfest is a German celebration that begins in late September and continues into the first week of October. The first Oktoberfest took place as part of the wedding reception for Bavarian Crown Prince Ludwig and Princess Therese of Saxe-Hildburghausen. It has since grown into a 16- to 18-day folk festival that typically attracts millions of visitors to Germany every year.
Unfortunately, due to COVID-19, Oktoberfest will not take place in 2021. But that doesn’t mean celebrants will have to skip all Oktoberfest customs. One of the hallmarks of Oktoberfest is a specific style of beer called märzenbier, also known as Oktoberfest beer.
Märzenbier, which means “March beer,” refers to specific types of beers brewed during a certain time of year. Historians say that roughly 500 years ago Bavarian brewers kept to a strict brewing schedule in the winter and spring to take advantage of cool temperatures that would keep spoilage of brews to a minimum without refrigeration. The final brews of the year were made in March and had a higher alcohol and hop content. These beers were enjoyed throughout the summer, and whatever märzens were left would have to be consumed by the fall to free up casks for the next round of grain and brewing. Throwing a large party to clear out the beer stock seemed a natural solution.
Märzenbiers were initially dark brown in color and full-bodied, though over time they have evolved. According to Brewer World, most modern märzens have a deep gold-copper hue, great clarity and a persistent head. The beer gives off an aroma of caramel and toasted malt. It is a crisp and clean lager that balances the sweetness of the malt with the bitterness of the hops.
Märzens are now brewed in various regions and will vary depending on where they were brewed. In Vienna, märzens evolved as ales, while Munich produces lagers. German varieties can range from pale to amber and dark brown. Austrian styles are generally lighter in body, color and flavor.
German märzens are traditional for Oktoberfest celebrations. Six breweries in Munich are responsible for producing märzenbier for the festivities. These include Augustiner-Bräu, Hacker-Pschorr-Bräu, Löwenbräu, Paulaner-Bräu, Spatenbräu, and Staatliches Hofbräu-München. The beers are produced according to the rigid constraints set up by the Edict of Purity (Reinheitsgebot).
Oktoberfest may be a bit different this year, but märzen beer can still be part of the festivities.

Rams' Donald: 'Only thing I am lacking is being a champion.' 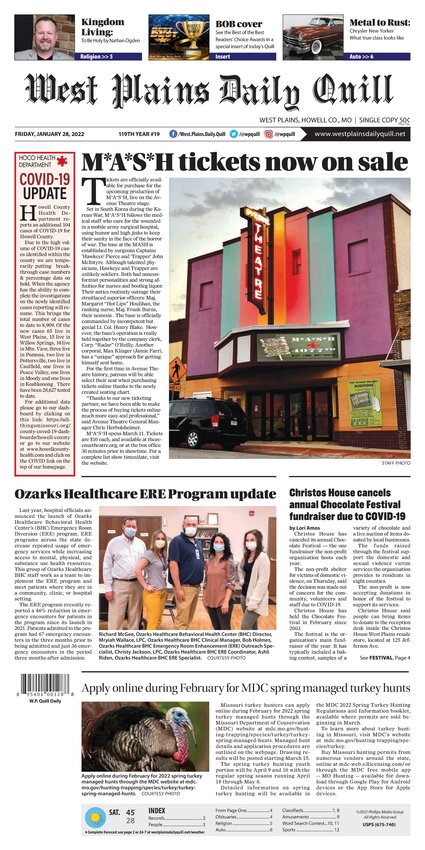