Rockets’ essays to head to space on Artemis I

Seventh grade students at Richards School — fittingly, “the home of the Rockets,” the school’s mascot — who submitted essays based on aspects of moon exploration as part of the upcoming the Artemis I launch will soon see their efforts take literal flight, as every essay submitted in the nationwide contest has been loaded onto a USB drive that will be launched on the Artemis rocket. The students wrote the essays two years ago as fifth graders in Mindy Cooper’s science class. PHOTO BY KIMBERLY LANGSTON
PHOTO BY KIMBERLY LANGSTON
Posted Friday, September 16, 2022 1:00 am
By KIMBERLY LANGSTON KIMBERLYL@WPDAILYQUILL.NET

Seventh grade students at Richards School who submitted essays based on aspects of moon exploration as part of the upcoming Artemis I launch will soon see their efforts take literal flight, as every essay submitted in the nationwide contest has been loaded onto a USB drive that will be aboard the Artemis rocket.

To get students interested in and excited about science, technology, engineering and mathematics, NASA officials provided several opportunities for future generations to think about the possibilities of space exploration and travel, and find the practical solutions that will make that possible.

One of those projects was the Artemis Moon Pod Essay Contest, challenging students in kindergarten through 12th grades to imagine a weeklong expedition on the moon. They were tasked with conceptualizing the skills and equipment needed for success, and choosing a crew from people they know based on those skills and personality traits.

At the time, the students were fifth graders in Mindy Cooper’s science class. Two years later, they recalled their contributions.

“I’m excited about the rocket because I think it’s cool something I did is going to be in space and not just on Earth,” said Madi Moore, daughter of Megan Moore and Bryan Moore. Classmate Lacey Collins remembers thinking about forming the perfect crew and “being so excited, really happy, that someone at NASA is going to read this.” Her parents are Matthew Collins and Jayme Collins.

Collins said she wasn’t really interested in being an astronaut, instead planning on a career in the medical field, but she is on the Richards School rocketry team. Team members are learning about rocket parts and design right now, she said.

Her cousin Deward Collins, also a classmate, said he would like to go to the moon himself, and was excited to put together a crew of his closest friends. He said he knows how to weld, and would take charge of that part of the mission, and put his friend Brody in charge of food and water, and he thought his friend Payton would make a good researcher. He is the son of Lindsay Latrasse and Deward Collins.

The project sparked the imagination of Logan Foster, who first believed a base on the moon would be impossible. But once presented with the challenge, he started thinking about problems and how to solve them.

“You have to think about oxygen, like how are you supposed to get it?,” he asked, as an example. Other things to consider, he pointed out, are testing moon rock samples to see if they contain a possible fuel source, and testing any water found there to make sure it was drinkable. He is the son of Rod Foster and Carol Foster.

Artemis I is an unmanned rocket that is the first phase of a joint international and commercial effort to eventually build a habitable base on the moon for space exploration, engineering, and other scientific research, using that research and development to build a possible launch site and feasible plan for future manned missions to Mars.

The Artemis I moon-orbiting rocket was planned to be launched from Kennedy Space Center at Cape Canaveral, Fla., on Aug. 29 and Sept. 3, but both launches were canceled due to possible technical malfunctions, including a liquid hydrogen fuel feedline leak.

New launch dates of Sept. 27 and Oct. 3 have been proposed by NASA, and the students plan to watch a livestream of the launch together.

The mission is a return to moon exploration after a hiatus of about 50 years; during the 1980s, NASA was focused on the development and launch of space shuttle missions, followed by American participation in the International Space Station and exploration of Mars by machines, including the Mars Rover.

Artemis I will launch the Orion spacecraft, and test it and the Space Launch System (SLS), the rocket propulsion system that will carry it beyond earth’s orbit. Once the Orion craft separates from Artemis I, it will deploy solar panels to generate power to carry it to moon orbit.

NASA reports that it measures 26 feet long, has a diameter of 16.5 feet, including a capsule and service module, and can carry up to six astronauts.

The next phase of the Artemis mission will be to place a crew aboard the Orion craft, and to that end, several simulated humans, or “moonikans,” are loaded with instruments that will collect data on the possible effects of a crewed mission on astronauts. The Orion craft will orbit the moon for one to two weeks before returning to Earth in a splashdown off the coast of Florida, near Cape Canaveral.

Maxine D. McCarty: The light of a hundred candles 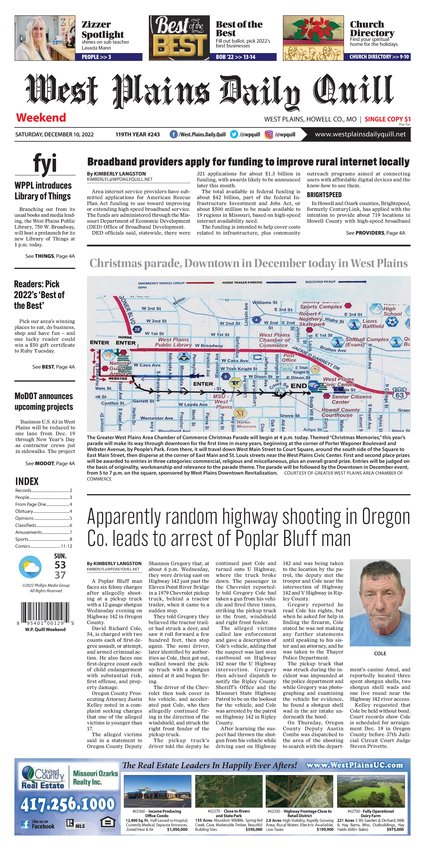