*Editor’s Note: The Capitol Reports published in the West Plains Daily Quill are provided by the elected officials, and do not reflect the opinions of the Quill or its staff. The content of the reports are not vetted by the Quill, and readers are encouraged to fact check the reports and draw their own conclusions.

Last week, Rep. Jason Smith reintroduced the Ensuring Meaningful Petition Outreach While Enhancing Rights of States (EMPOWERS) Act, which would mandate federal agencies consider local stakeholders’ input when making changes to the species listed under the Endangered Species Act (ESA).
Congressman Smith spoke about how these decisions disproportionally affect rural areas and the impact the ESA can have on our local communities.
“For too long, decisions about which species are protected by the Endangered Species Act have been made by Washington bureaucrats without any consideration about how local communities are impacted,” said Rep. Jason Smith. “The heavy-handed regulations that are put in place because of these listing decisions often hinder critical infrastructure investments and stifle economic growth, and it cannot continue.”
Listing decisions increase the regulatory burden of policies required by the National Environmental Policy Act (NEPA), particularly lengthy environmental reviews. A report compiled in December 2018 notes that 60 percent of all NEPA environmental reviews for federal highway projects between 2010 and 2017 took more than six years to complete.
Rep. Smith has been sounding the alarm on the damaging effects of the ESA for years. Most recently Rep. Smith was instrumental in facilitating a public listening session giving local stakeholders the opportunity to weigh in on the potential designation of critical habitat and listing of two species of crayfish found in the Upper St. Francis River Watershed.
“Stakeholders in Southeast Missouri have every right to question public officials and weigh in on the potential impacts of a listing in their community,” said Rep. Jason Smith. “This proposed listing has implications for private property rights, agriculture, and economic development and as such, stakeholders must be fully informed and consulted during a rule making process. My legislation will help ensure that input from local stakeholders is always prioritized.”

State Outlines Next Steps for Medicaid Expansion After Court Ruling 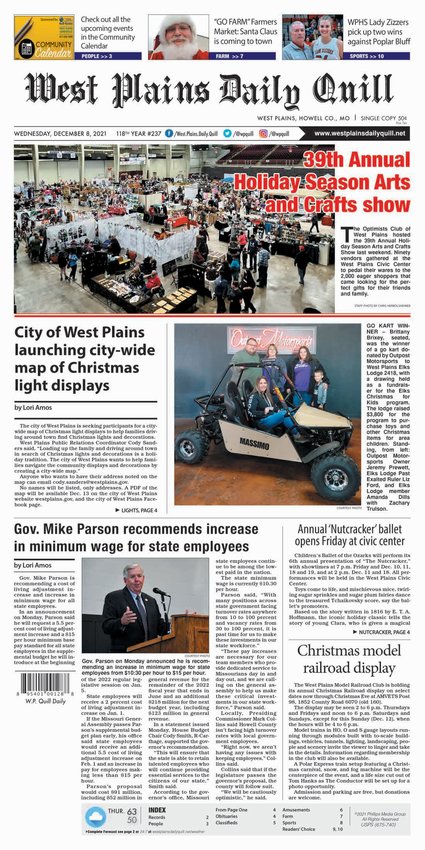