Coffman has been active in the Fulton County Fair since he was 5 years old. He has also been active in district and state fairs. He has exhibited in the creative arts department and in the poultry and rabbits.

He is a Fulton County Fair Ambassador and is always at the fairgrounds during the fair helping during fair week and with other events throughout the year, say fair officials. Coffman served as the Salem FFA president during the 2021-22 school year and is a Beta club member. He is involved in the community helping at the local VFW post and with other community events. Coffman plans to attend the University of Arkansas at Fayetteville.

Guiltner has been active in the Fulton County Fair Creative Arts department and for the past 10 years and has also exhibited in the district and state fair.  She was elected as her class president for six years and is a member of the Salem Beta Club.

She volunteers at the Salem VFW and for the Fulton County Homecoming Festival. Guiltner plans to attend Ozarka College to get her practical nursing license and then go on and become a registered nurse.

She is very involved in her community and helps with many fair events each year, say fair officials. In addition to showing livestock she exhibits in the creative arts department. Buchanan will attend Arkansas State University at Jonesboro where she will be a member of the Red Wolves Band. She is a licensed certified nursing assistant and plans to work while in college. Her future plans are to become an X-ray rechnologist and then move on to become a radiation therapist.

Sherman has been active in many activities at the Viola School and is a volunteer at the Parent Center. She plans to attend Arkansas State University-Mtn. Home and work toward a business degree.

Words to grill by 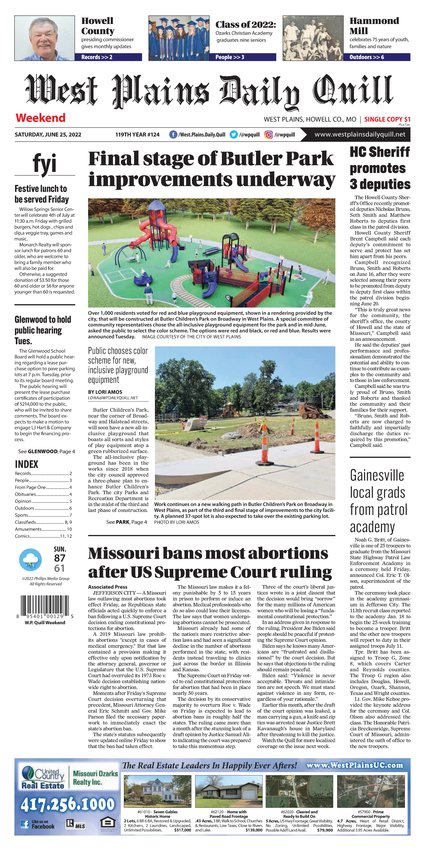